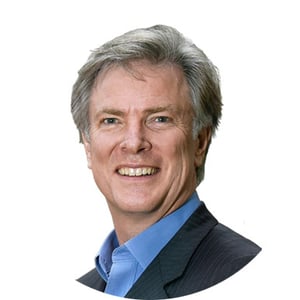 How much pressure should I exert when talking to people?

Interaction is the process of two or more people communicating with each other, most often by means of talking. For most managers, interacting by means of speech is their primary method of getting things done – their work consists largely of talking. When interacting, managers need to determine which topics to discuss and what tone of voice to use in order to achieve their targets. They can deliberately increase pressure by pushing the other person or decrease pressure by putting the other at ease.

Instead of just letting an interaction unfold haphazardly, the Interaction Pressure Gauge demonstrates that there are three levels of effective interaction pressure that managers can use, depending on both their objective and the person and situation they are dealing with. Each of these pressure levels produces a constructive tension, drawing the other person into participating in a meaningful dialogue. At the same time, the model points out that managers need to stay away from the opposite extremes of no pressure/tension (pacification) and destructive pressure/tension (polarization).

There are five generic types of interaction, from low to high levels of pressure:

This blog is part of a series, if you want to see all the blogs, then click below

Organizations constantly change, in ways both intended and unintended. When managers deliberately set out to alter an organization, shifting it from its current state to a future state, we speak of implementing change.  The challenges involved in successfully implementing change depend ...

What determines how much confidence people have in me?   Confidence is the psychological state of feeling sure about something or someone. When people are confident, they feel certain and at ease, which allows them to move more freely and commit themselves to actions or relationships with ...