With all attention currently being directed towards the COVID-19 exit programs, and everybody living in the present, thinking and hoping about picking up ‘normal’ activities again in the near future, one would tend to forget about how life was before, also in logistics. This contribution focuses on global supply chains, which have a history of their own. Let’s therefore take some steps back, and see what we can learn for life after – or maybe rather ‘with’ – COVID-19.

In the 1980’s and 1990’s, one has witnessed a substantial shift of production activities. In a first move, the shift was away from the company to another company in its relative neighbourhood. That shift was then called ‘outsourcing’. In a further step, the shift was away from developed countries to developing ones, called ‘offshoring’. First companies to step in were American. European companies were rather reluctant at first, until they saw the benefits that outsourcing brought to their US competitors. At first also, mainly low-quality production was outsourced. Later on, companies discovered that the target countries also amply hosted more experienced and better-qualified workers. The evolution of export shares between 1995 and 2010 can be seen by comparing figures 1a and 1b (see end of this article). It is clear that Eastern Asia, including mainly China, has strongly increased its share in exports. Also notice the type of products traded: for Eastern Asia, there was a clear shift away from clothing and textiles to higher-value electrical and telecommunications machines and equipment.

Birth of the nearshoring concept

It is true that still today, the developed countries remain the biggest markets in terms of purchasing power. However, thanks among others to the production activities that have been delocated towards developing countries, some of them, like China for instance, have seen their share in global welfare strongly increase. The chain reaction initiated by the delocation continued though: increasing production activities and welfare led to increasing wage levels and land rents in developing countries. This in turn more recently led production companies to start considering for their manufacturing activities a move back towards the developed countries many of them once had left. The concept of nearshoring was born. This can clearly be seen by comparing figures 1b and 1c (see end of this article): the surge in market share for Eastern Asia got more or less stopped, to the advantage among others of East-European countries. There was also a market need for that reverse move: reaction speed to comply with ever-increasing complexity of consumer requests, including e-commerce. Customers more and more want their ordered products to be tailor-made and delivered quickly.

So, COVID-19 was not the real cause of the louder talk that very recently started in industries globally on nearshoring. In the past decade, there was already a slow but gradual shift toward intracontinental trade instead of cross-continental trade. At best, COVID-19 is a trigger that will re-inforce this process. Companies that are not yet applying a real nearshoring strategy, are at least considering it. The reasons are multiple: increased import duties, heightened transport time and cost, worsened currency value, changing labor circumstances, etc. may all contribute to wiping out the cost benefits that once incentivized many CEOs to move production to distant lower-wage countries. But since moving out, conditions in the destination areas have drastically changed. Other motives for nearshoring are issues with language and education, product or service quality, and IP.

Many supply chain setups have proven to be very vulnerable

There is however one element that with a crisis with the global magnitude of COVID-19 comes to the fore strongly and adds to all the above motives in favor of nearshoring: supply chain and production control. Given the strong dependence on overseas areas for the production of a large number of products, also ‘essential’ ones (food, medicine, protective wear, replacement components for essential equipment, etc.), many current supply chain setups have proven to be very vulnerable. First, as the COVID epidemic started in China, and most of its factories had to close down for at least two months, the source of production obviously dried up. Add to that the closure of most port activities in China for at least a while, which implied that neither finished products that were still on stock in China for sales, nor raw materials needed for production that was still open, could leave respectively enter the country. Obviously, this created serious disruptions in product inflows in most other markets in the world.

Because of not being able to enter Chinese ports, or at least because of not having cargo to transport from there, which of course is the payload that the shipping companies live from, many shipping companies decided to reduce the number of calls or even (temporarily) abandoned certain loops. They did that in an effort not to burn scarce capital in sailings that did not pay (enough). This obviously further blocked the production activities that were still going on in China and prevented them from easily exporting.

Ports as stock areas for containers

Then came a next phase of COVID-19, with its spread around the planet, it becoming a real pandemic. That meant that also the target markets for Chinese and other exports started to get seriously affected, with a similar pattern as in China: company closures, meaning that local production activities requesting inputs from overseas, stalled; shop closures, so that also demand for many products dropped; only essential activities remaining open, with in particular medical services, where demand started booming to the extreme. Most ports kept running more or less as usual, but became stock areas for containers with intermediate and finished products that started coming again from China, where activities had gradually and slowly picked up again. Production nor demand for non-essential products was present locally. At the same time, local demand for essential products like medicine was overly present, but due to global scarcity, and big needs for these products in China itself, their supply stalled.

Hence, it is clear that current international supply chain settings are extremely vulnerable, and therefore prone to high uncertainty, both from the demand and supply side. COVID-19 was also not the first, but most certainly the largest, test for the globalized production and supply system, since neither the 2008 financial-economic crisis, nor SARS, nor others had impacts of a similar magnitude. Its global occurrence, and especially the duration over which it may show impacts, will undoubtedly mean a strategic rethinking of parts of or entire supply chains. Nearshoring will be an essential element of that.

Nearshoring then does not necessarily imply that activities come back to the same location as the one they once left. Nearshoring candidate countries for the US are Mexico, Brasil and other Central- and South-American countries. For Europe, Central- and Eastern-European countries qualify. But how best is a choice made then? In general, four criteria play out when selecting a nearshoring target location: economic, geographical, cultural, and administrative distances (Table 1 - see end of this article). The economic distance mainly relates to the out-of-pocket cost for production, stocks and logistics. The geographical distance is related to the way the point of origin of trade is connected to the point of destination, including availability of quality infrastructure. The latter will also impact on the time consumed for the trade. The administrative distance has to do with potential ‘bureaucratic’ or institutional barriers, leading to an increase in out-of-pocket costs and/or transport time. Finally, the cultural distance has to do with the ‘familiarity’ of the production country, with factors that may lead to delays and therefore impact on the time costs.

Combining those distance dimensions will indicate the best nearshoring location. In fact, three overarching dimensions can then be discerned among: the total cost of ownership, time and value. Trade-offs between the various dimensions often need to be made: it can be acceptable only to gain on for instance the value dimension if the sum of the weighted losses on the other dimensions jointly is not higher. Combining the four distance dimensions into one overall figure can also be done: then, one obtains a so-called generalized cost, which allows easily comparing different considered nearshoring production regions. The tools for that are available: the Chain Cost Model of the Department of Transport and Regional Economics of the University of Antwerp (TPR) allows calculating the out-of-pocket transport costs, generalized costs and for those interested even the external costs (including emissions, noise, water pollution, etc.). Adding production costs to that gives the one key figure that allows easy comparison of nearshoring destinations, given the location of one’s market.

Let’s hope the many industrials considering nearshoring will rely on such tools, and not in panic base their nearshoring destinations on gut feeling. With the latter, one might end up with an even worse situation than before: producer and consumer would all lose out. The only one with a well-functioning distribution system, still globally, would then be… COVID-19! Let’s not make that happen! 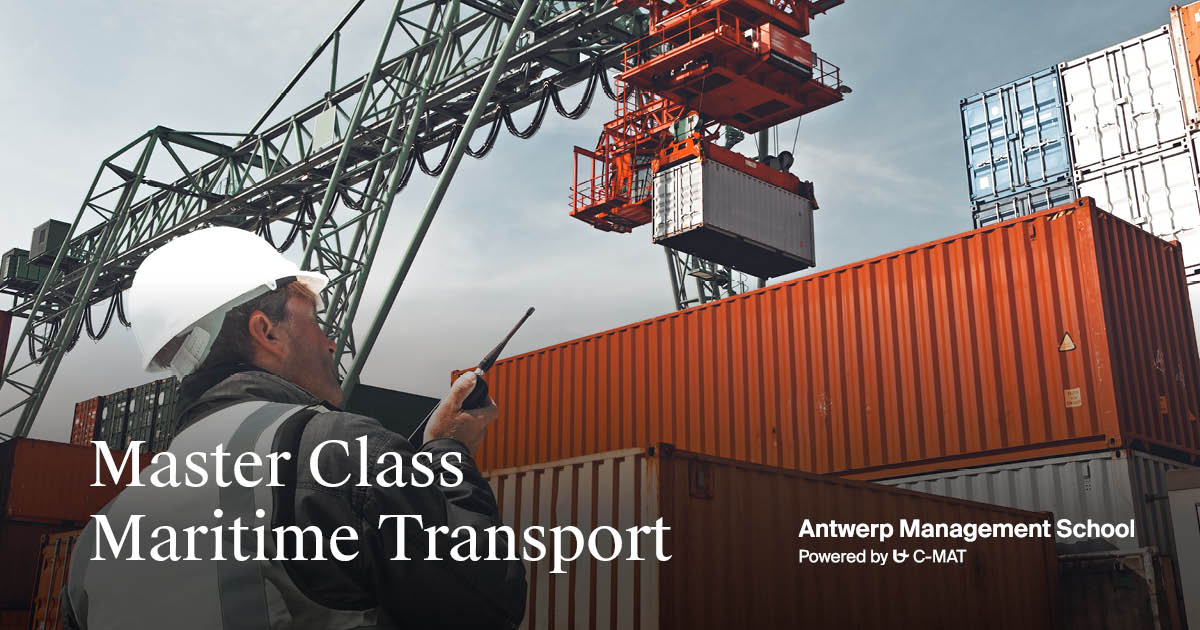 Source: own processing of Ghemawat, 2007

After the rat race for the development of a Covid-19 vaccine, the logistics chain will also have to undergo an electroshock

In recent weeks and months, both positive and negative reports have appeared in the international press about the rat race for an effective Covid-19 vaccine. Almost all newspapers and magazines make a new ranking every month of which company will be the first to market an approved ...

END_OF_DOCUMENT_TOKEN_TO_BE_REPLACED

How COVID-19 is inspiring sustainability at work

When I was researching and writing our paper for Randstad’s sustainability@work report, recently published, COVID-19 had not yet hit. And yet, the analysis of what sustainable transformation implies for employees and the workplace has proved to be more relevant than ever for organizations ...