Once upon a time there were two little fish swimming in the ocean when an older fish swam by and said hello: "Hey you guys, you okay? How's the water today?" "We’re good," the two of them answered in chorus. Just a fraction of a second later, they swam after the older fish and made him stop. "Hey, water, what is that anyway?" they asked with big eyes.

It’s the story that Chené Swart and Griet Bouwen used last week to kick of the two-day training in storyweaving, an initiative by Connect your story. Swart researches how people can become authors of themselves and the world, by consciously handling narratives about themselves and their relationship toward dominant voices, the so-called voices from the ocean. "What do the voices from the ocean have to say on success or failure, dignity or worthlessness?" they asked the participants. "And what does the dominant voice have to say about leadership?" I thought to myself.

All of a sudden being stranded on an island

During the first evening of the training program, I started to realize that this group of fifteen people had ended up on an island in the middle of the corona ocean. One by one, my assignments were getting canceled and the seriousness of the crisis hit me full force. Up to that point, I still had a clear mind. But all of a sudden, I stepped into the fog of crisis. One day later, like millions of other Belgians, I was following the outcome of the National Security Council on TV. The general message of the media was "that it took a long time", "probably due to disagreement between the Flemish and Walloons" and that it "only showed once again a lack of leadership". I myself was quite happy with the long wait. It gave me confidence. When there is a dense fog, it is reassuring to have extensive consultation before giving marching orders. Rash decisions such as Trump’s Europe travel ban, disregard the complexity of the challenge. 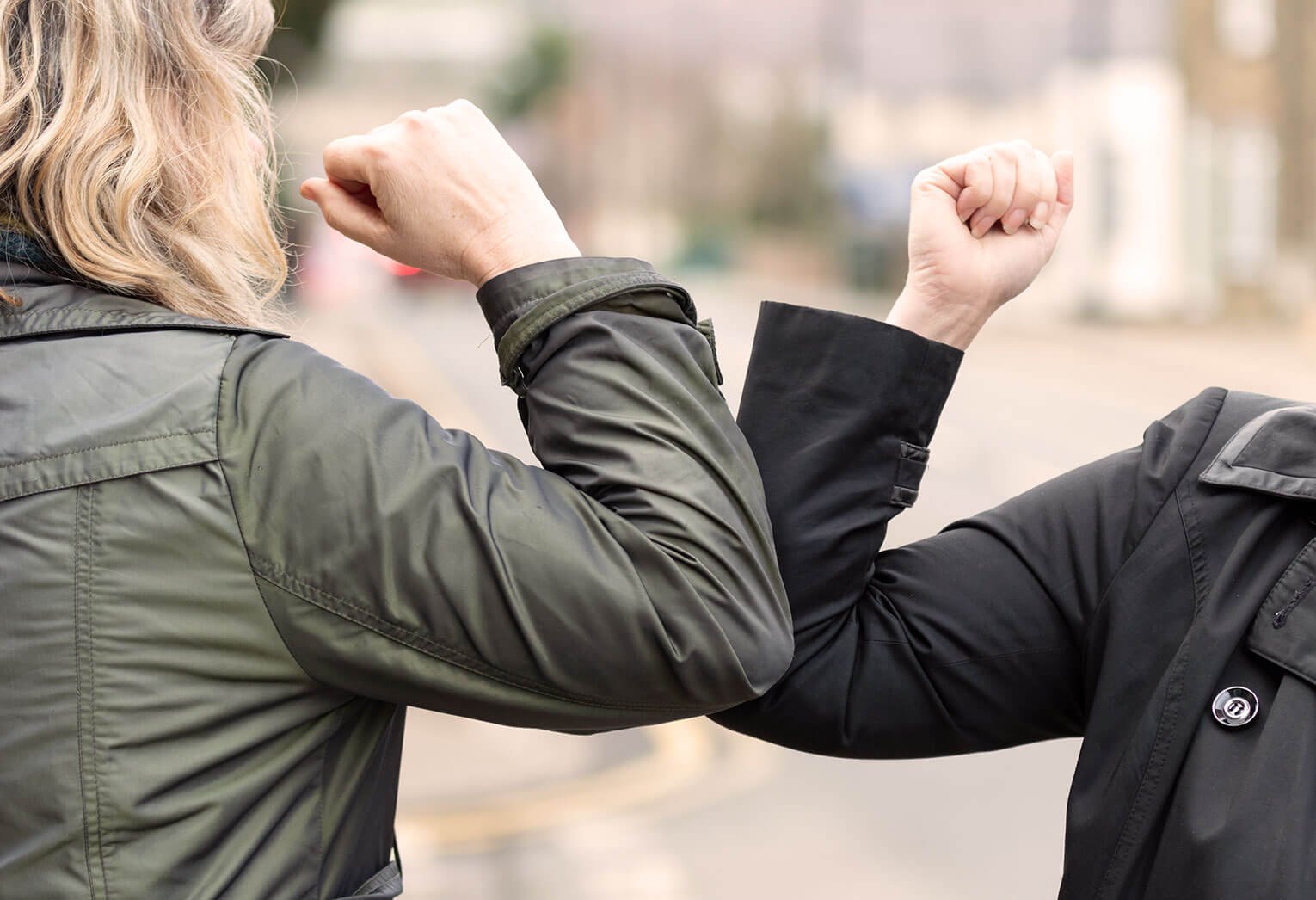 The decisions taken by the Security Council were followed throughout society. As a leadership expert, I see this compliance as the result of very strongly shared leadership: a diverse group of political leaders and experts, comprising a complex adaptive system, capturing all the information from their own network day after day, bringing it together, giving it meaning, and unanimously delivering clear messages. Each member of that group communicates the same mantra during every single radio, newspaper or TV interview. In doing so, they create strong dominant voices in the ocean, such as "We need to flatten the curve so as not to overburden our health care system". These dominant stories allow everyone to weave their own story through them. That's what leaders do.

This group of leaders has been working consistently step by step for some time now. This "step by step" creates trust. Not trust in the sense of "we have the solution", but the trust that day after day a strong group of leaders will evaluate the situation and take appropriate measures. Day after day, they check what is happening in the ocean and make decisions. And those decisions are about content, not about power or status. Meanwhile, the whole of society lives to this rhythm of daily state of affairs. At the same time, the roles are clear. The political leaders make the decisions and it is their task to listen openly to all possible interests and then take the smartest measure possible.

One example is closing schools while still providing childcare in schools. At first sight, this measure seems half-hearted. I think it’s a prime example of a smart decision that leaves room for everyone to take on leadership. Parents should look in the mirror and decide whether or not they will take “advantage” of the offered childcare services. Teachers are challenged to organize childcare smartly and safely and to divide up the work. And so on and so forth. A lot of people today show what leadership is: capturing the general interest, taking responsibility for yourself and your loved ones from your own role, handling what is still possible in a creative way and not wasting time and energy on polarizing.

Of course, leadership is not everywhere. Leaders who have lost sight of general interest, who use coercion in their daily management or who are blinded by the short term and by self-interest, are now falling short. Leadership is a muscle and it is the leaders who have continued to train this muscle over the past few years who now stand out even more and hold their own. They do not fall back on their reptilian brain. They see the general interest as clearly as before. They focus with even more clarity of mind on dates and facts and commonality. They point the way instead of wagging fingers.

The question "What's your story?" is central to our leadership thinking and work. The importance of self-awareness, self-leadership, sense-making, exemplary behavior, vision, presence, binding communication and personal development all come together in this one question: "What's your story?” The importance of this question was reinforced by the ideas of Griet Bouwen and Chené Swart on storyweaving. How does your story relate to the other stories in the ocean? How is your story heard? How do you weave your story into the stories around you? What do you amplify consciously or unconsciously? Now, too. Especially now. In times of corona.

I won't be able to teach much about leadership for months to come. My schedule is virtually empty, and it will probably stay that way until September. Maybe an occasional online session. But don't worry. On the contrary. Everyone is getting leadership training these days. Everyone now sees and feels what leadership is, and what it is not. The people who are consciously working on their leadership and their development as a leader most certainly have plenty of working material these days. Corona is better at demonstrating what leadership is than I will ever be. No leadership training contexts are needed today. Except maybe for some organized reflection on action.

In any case, I will follow the lead of our group of national leaders. I will consult with the important people around me: family, friends, colleagues, customers. I want to hear how they are doing, what they know about the fog and what they need. This will lead to marching orders and allow me to go ahead, from commonality. Thus, I’ll discover what steps to take in this fog and what I can do for others. First and foremost, I will fill boxes with the load of comic strips I no longer need and which I promised to donate to the Royal Atheneum in Antwerp a long time ago. To encourage teachers and stimulate pupils to read. After that I will make a series of phone calls, curious about what others are seeing in the fog and how we can share leadership.