Watertruck+: Toward a taxi service of barges

The European CEF project Watertruck+ has been completed. Although the project had to be adjusted en route due to its high degree of innovation, Nick Celis, manager of André Celis Group, clearly got inspired by it. André Celis Group currently has two barges in its own fleet but isn’t afraid to dream big. Their idea of the future? Having a real taxi service of barges at hand. 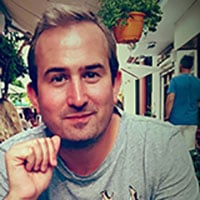 André Celis Group is a family-run SME, embedded in the Leuven region. The group specializes in the sale and distribution of building materials. André Celis distinguishes itself by continuously focusing on innovation and optimizing their customer services. For the latter, it is key to have a high-performance transport & logistics network so as to provide just-in-time services. Traffic congestion in the Leuven region, however, tends to be a real spoilsport. That’s why André Celis Group has been investing for almost ten years in waterborne transport as a sustainable alternative to road transport. Today, they already transport several tens of thousands of tonnes by water each year, but there’s still room for improvement.

Nick Celis: "When it comes to waterways, we should consider ourselves lucky. In comparison with the rest of Europe, Flanders has a historically grown extensive and dense network of canals. Until the 1960s, these waterways were widely used in our region, certainly by players such as Stella-Artois. But today, they are too small to be profitable and there are fewer and fewer ships that can navigate on these small waterways. Still, there is quite a lot of industry along our canals: brick industry, blast furnaces, malting plants, granulates, etc. As our roads are becoming more and more congested, you can see a gradual shift toward water transport again.”

"The context though, is rather complex. There are the draught and capacity limitations to be taken into account, skippers are hard to find, regulation is extensive, the combination with recreational forms of water traffic can be problematic, investments are high, etc." Watertruck+ tries to respond to this with an innovative modular concept in which you can use barges both in convoys on large waterways and individually on small waterways. The system is also multifunctional and can be used for all sorts of cargo. This highly flexible concept may help to make inland navigation on smaller waterways profitable in the long term."

"It would be ideal if, in time, we could develop a kind of taxi service or pool of barges."

"In the meantime, we’ve had two barges made of 6.60 m x 40 m. We’re now renovating a pusher and we will soon be able to use the barges on the Leuven canal from our distribution center Tildonk-Hambos. It would be ideal if, in time, we could develop a kind of taxi service or pool of barges, with various barges circulating among manufacturers and customers. Just like with pallet-exchange systems, we could then simply exchange full barges for empty ones. Combine that with the technology of unmanned ships and inland navigation will really become a viable, cost-efficient and environmentally friendly alternative to road transport."

"We’re absolutely convinced that this is the way forward."

"We’re absolutely convinced that this is the way to go. We were therefore happy to participate in the project, even though the investments and risk level were rather high for an SME like André Celis. On the plus side: de Vlaamse Waterweg was very flexible and willing to experiment, which made this rather complex project a lot easier. But, despite all of the guidance and support, that’s what highly innovative projects always come down to: hard work, pioneering, stubbornly looking for solutions to all the problems that pop up along the way.”

"The results may not be one 100% as the project initially anticipated, but we’ve been able to gain some really important lessons learned. It’s now up to us to give feedback to Europe, list the pros and cons and identify the bottlenecks that need to be tackled at policy level. For example, we have now experimented on the smaller inland waterways in Flanders, but it would be fantastic to develop one big circuit across country borders in future. In any case, with Watertruck+ we now have a system available that can be copied and put into practice by everyone".

What is organizational performance management

It is not a simple task to give direction and reach strategic decisions that are carried through by all parties involved. This is especially the case in large organizations as well as smaller businesses. On top of this, chosen strategies often suffer a loss in traction over time and are ...

END_OF_DOCUMENT_TOKEN_TO_BE_REPLACED

Obtaining a PhD degree in less than three years? Yes we can!

Finishing an Executive PhD program in four years is feasible, but definitely challenging. No wonder, since combining a full-time job with a high-level research program is not a walk in the park. But then along comes Nermain. She not only managed to obtain her PhD degree in time, but she ...