Flanders: a breeding ground for entrepreneurship or fear of failure?

“Of all the Gauls, the Belgians are the bravest”, Caesar claimed, and he would have known. Then why is VLAIO, the Flemish Innovation and Entrepreneurship Agency investing in a campaign against fear of failure?

Even in Caesar's time, the Belgian courage did not translate into organized and ambitious initiative. As a result, the highly superior well-organized Roman army completely outdid those old Belgians when it came to proactive and aggressive initiative, creative problem-solving and autonomously outmaneuvering the opponents thanks to bold actions. The exact same entrepreneurial qualities we so desperately need in our region today. 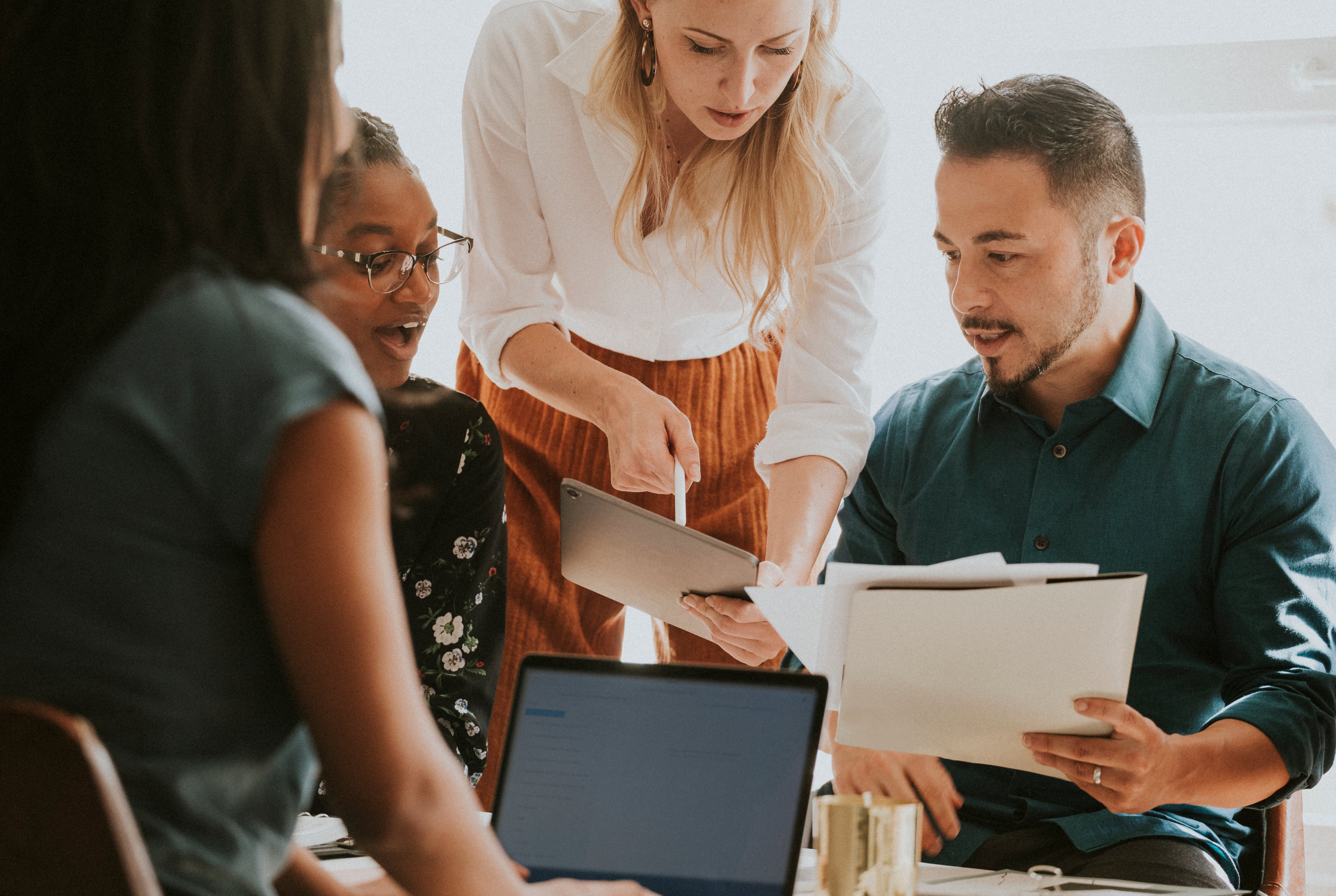 Belgium has a history of scoring poorly on courage and ambition when it comes to entrepreneurship. Thus, Belgium has the second highest rate for fear of failure of all 29 innovation-driven economies in the Global Entrepreneurship Monitor (2014). Moreover, this fear is deeply rooted in our culture, as is demonstrated by the world's fifth highest score for risk avoidance. This culturally determined risk avoidance is also deeply rooted in our institutional framework, with a sixth and eighth highest score in perceived pressure from taxes & bureaucracy (Global Entrepreneurship Monitor) and the rigidity of labor legislation (OECD). Because entrepreneurs also feel little protected by the business failure & dissolution law, they tend to keep struggling companies alive much longer than other countries instead of just pulling the plug.

This risk aversion is a serious spoilsport when it comes to entrepreneurship, as is demonstrated by the fifth lowest start-up rate in the EU 28 (Eurostat, data for 2017). This low level of entrepreneurship is rightly called a societal problem. After all, entrepreneurship and the job creation and economic growth it entails, are fundamental to our prosperity. In our research we clearly see that fear of failure has a significant impact on both the intention to start a business and the number of new entrepreneurs.

Because fear of failure seriously inhibits entrepreneurship and the associated creation of prosperity, the Flemish Government decided to take action. In mid-2016 they launched the Failing Forward campaign. Startups.be was appointed as executor and AMS as evaluator. Now that the primary and secondary survey have been completed (in which two times 1,000 Flemish people took part), we would like to highlight some of the most remarkable insights and findings in this blog post.

Lessons for a more entrepreneurial ecosystem?

The evaluation not only looked into fear of failure but zoomed in on drivers, environmental factors, perception of failure and its consequences as well. In comparison with the primary measurement, we noticed a slightly higher intention to start a business and the context was less often seen as a slow-down of entrepreneurship. This time, however, the opportunity structure to do business in Flanders was perceived as less positive. The graph below gives an overview of the factors that are seen as a stimulus or an obstacle to entrepreneurship in the Flemish ecosystem. 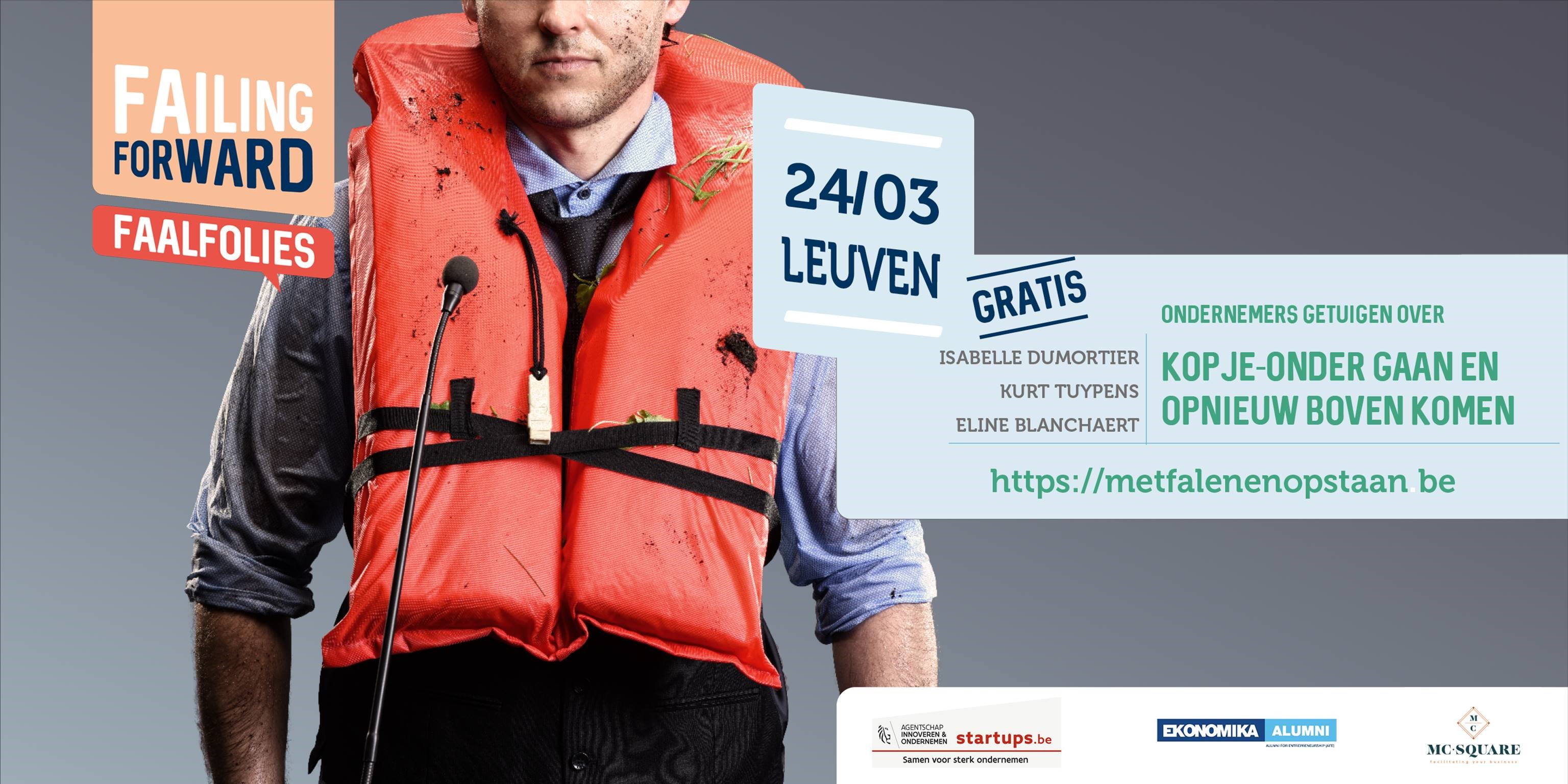 However, the effects in the two random samples above are relatively subtle compared to the outspoken link between fear of failure and its drivers and effects. This latter link is consistently and significantly present in both measurements and gives insight into the aspects that still need to be tackled in the ecosystem for entrepreneurship in Flanders. Although the latest editions of the Global Entrepreneurship Monitor show that Flanders has the highest score on policies to support entrepreneurship, there’s still a lot of work to be done when it comes to creating an entrepreneurial culture. Below you can find our five most important findings along with some suggestions of how VLAIO can stimulate the Flemish entrepreneurial ecosystem:

1. The power of perception


First, we found that fear of failure is fed by a negative perception of the opportunity structure in Flanders and by a strong perceived impact of regulation, media and funding. This is somewhat balanced by a positive image of entrepreneurs. Or as Churchill, who more than understood the importance of perception, puts it: "Some people regard private enterprise as a predatory tiger to be shot. Others look on it as a cow they can milk. Not enough people see it as a healthy horse, pulling a sturdy wagon."

For this reason, there’s still work to be done in putting forward role models. During the past period, the Failing Forward Events already put on stage entrepreneurs who failed and survived. In the period to come, VLAIO should also focus on positive examples and their contribution to the entrepreneurial culture and prosperity in Flanders. Role models can thus not only correct the fear of failure, but also inspire potential entrepreneurs to take the plunge.

Another buffer against the negative impact of fear of failure are the key entrepreneurial attitudes that determine the way you look at life, such as optimism and willingness to take risks. They also have a proven positive effect on entrepreneurial success.

To develop these attitudes, the most commonly used methods are coaching, training and interactive workshops. The Flemish one stop shops for entrepreneurs offer a basic program of coaching, although this is more focused on administration. Entrepreneurs can also contact the VLAIO front office for guidance on funding. In addition, Flanders has a unique range of career guidance vouchers that really boosted career coaching for individual working people in Flanders. Among the certified providers, there is little systematic attention to evidence-based guidance specifically designed for entrepreneurs.

So, there’s still room for the development of a qualitative program for both potential and new entrepreneurs, drawing on the available knowledge from scientific research and the expertise of corporate training programs.

However, the best remedy for fear of failure remains the support potential entrepreneurs experience in their own surroundings, from the very first dreams of entrepreneurship onward. Since not everyone can fall back on an entrepreneurial spirit in the home environment or direct network, mentoring may well be the answer.

When it comes to mentoring, players such as Voka and UNIZO, the various acceleration programs and even finance providers or, for example, the Business Angel Network Flanders are active in the later stages of entrepreneurship. However, the role of a supportive immediate environment has an impact much earlier on in the life cycle of an entrepreneur. If we want to create a supportive environment that inspires and stimulates entrepreneurs early on in the process, we need more coaches and mentoring programs sending the message that entrepreneurship is a meaningful choice to make. Education has a special role to play in this.

Finally, there are two other groups that require special attention. The first group are women. Women score significantly lower on entrepreneurial spirit and ambition. Their higher fear of failure and a more negative view of the opportunity structure in Flanders could be at the root of this. However, women also indicate that they feel less supported by their immediate environment in their choice to become an entrepreneur, while this is the key factor in limiting fear of failure. That is why the above-mentioned actions in coaching and mentoring are all the more important for women.

When we look at actual entrepreneurship, we see a lower ratio (30%) of female entrepreneurs. Since this figure is in line with the choice of a part-time career, for example, a combination of preferences and family role structures may be at the basis; in this case, mentoring will have little or no impact. However, when looking at ambitious entrepreneurship, there does appear to be a need for targeted measures. For example, entrepreneurial women appear to be less ambitious and more risk-averse than their male counterparts. In the more ambitious segment of tech-entrepreneurs, women are only represented in 7% of all founder teams. In addition to the active encouragement of girls to choose STEM education, our study also shows that attitudes and mindset need to be addressed. After all, a lack of women with technological knowledge is apparently not the only explanation for their underrepresentation in tech start-ups. A lower economic growth ambition and risk appetite must also be tackled. Because entrepreneurial networks are still often seen as “old boys clubs”, networking initiatives for women and even specific funding networks such as We Are Jane are increasingly being used. Within these networks, however, we recommend to make even better use of female role models who take on a mentoring role for potential female entrepreneurs.

The most appropriate time to do this in the life cycle of female entrepreneurs is in between the identification of a business idea with growth potential and the available acceleration programs, which provide even more domain specific mentoring. This could be included, for example, in student entrepreneurship programs in higher education, although there is an equally or even greater need for initiatives for the majority of entrepreneurs who start their own business only later in life. For example, there are already networks of female entrepreneurs, but for the time being we see little focus on stimulating rapid growth and the right attitudes to do so. As these initiatives are hence still in need of more development, women entrepreneurs with a scalable business idea are therefore advised to contact the VLAIO front office for guidance. VLAIO can then, together with partners such as Voka, refer to the most appropriate mentoring.

5. Harness the eagerness of youngsters and the experience of seniors

A second group that stood out in our analyses was based on age categories. The good news is, the future looks bright! The youngest target group, up to the age of 25, appears to suffer significantly less from our risk-averse, non-entrepreneurial culture in Flanders. The youngsters also stand out for their significantly more positive perception of failure as a learning opportunity rather than a bankruptcy determining the course of one’s life.

On the other hand, the older generations, especially those aged 55 and over, better find their way among the Belgian institutional jumble and therefore have a more positive perception of the opportunity structure. Although they are not as set on doing business themselves, the over-55s have less fear of failure and dare to take risks. For example, we also see in the Business Angels Network Flanders that the older generation is interested in doing business by backing entrepreneurs. Although there is a strong focus on providing finances, those who don’t have a business of their own, may still have interesting advice to offer based on their professional and institutional experience. So, there is still untapped potential here to advise entrepreneurs on the operational and institutional challenges they may come across. Involving entrepreneurial seniors as mentors allows young entrepreneurs to take full advantage of their experience and to navigate both internal processes and the institutional and market environment. For the seniors themselves, this may prove to be an interesting alternative to early retirement or forced unemployment in a labor market that forces all of us to find meaningful and workable work in an ever more prolonged, relentless and digital way.

Foodpairing: a disruptive vision on the food industry

From within the project Exponential Academy, Antwerp Management School guides Western-Flemish companies in their evolution to a disruption-proof enterprise, together with POM Western-Flanders and TUA West. One of these companies is Foodpairing®, which is all about innovation. In this ...

Not yet graduated and already overwhelmed with job offers? No wonder, AMS graduates are in high demand on the (inter)national labor market. But how to decide between all those job offers? Should you go for the most meaningful job, the highest-paying one, or the one with the best ...