AMS and China: a history that’s writing the future 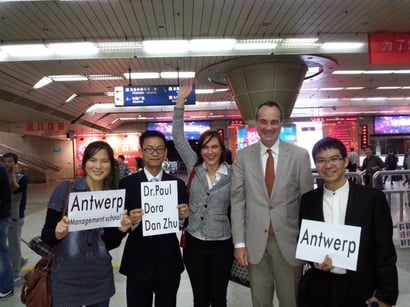 When you set up a business strategy to trade with Chinese partners, you will often hit a wall. Good intentions on both sides can get lost in translation, which can lead the initiator to feel defeated. We sat down with Paul Matthyssens, Dean of Antwerp Management School and Dora Munteanu, International Business Development Director, to get some clarity and to look back on AMS’s history with China – with an eye to a flourishing future.

If you want good relationships with Chinese trading partners, you have to be patient. “We (AMS) have a lot of links there and the embassy sees us as one of the most important players – the new Belgian ambassador in Beijing will visit us before he leaves for his post in June – but it has to be clear that that doesn’t always translate to bottom line (a lot of profit) or top line (a lot of output). You have to build up and maintain contacts for years”, Paul Matthyssens says. That is something European companies often do not take into account.

"The embassy sees us as one of the most important players." 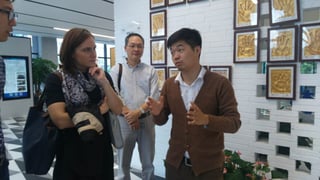 “One business trip to China does not get you anywhere, you have to keep showing that you want to invest in the relationship.” It depends on trust, and the time in which it’s built up provides a lot of opportunities for miscommunication. Trading agreements in China take a lot more time to finalize than in the West, and that usually causes misunderstandings. “A company often only or mainly looks at the short term and after one single disappointment they’ll say ‘no, the Asian market just isn’t for us.’”

Dora studied Chinese in Beijing, lived there for a year and a half and is very knowledgeable about building connections with China. “I started at AMS by supervising a European project on China, and that truly set the tone for AMS’s future relationships in China.” Munteanu was a project manager for Understanding China, which gave training to 100 people from European member states about China, so they could guide their SMEs in their trade there.

"We were one of the first foreign partners of China Executive Leadership Academy Pudong."

“Previously, we worked with the China Executive Leadership Academy Pudong(CELAP) in Shanghai. We were one of their first foreign partners. For a few years, we trained people in both countries, which created a Euro-China platform. Then we organized Be Successful in Europe, for Chinese government institutes. Slowly but surely we also started creating relationships with a lot of business communities, chambers of commerce, universities and companies.”

In addition to its collaboration with governments, government institutes, chambers of commerce and companies, AMS naturally has a lot of academic partners too. “Long-term collaborations with schools like CELAP gave AMS a good Chinese reputation”, Matthyssens says. “Next to CELAP, we now also have shared projects and relationships with Lingnan Business School in the south of China, among others, with whom we run a PhD program, and Zhejiang University, with whom we founded a shared research institute. Alongside Donghua University in Shanghai we also started a shared program structure that allows students to obtain diplomas in two-and-a-half years.

"You have to be patient to build up confidential relationships.
AMS has the requisite skills and mindset to do this."

Additionally, we have an agreement with Shanghai Finance University, who offer students the opportunity to continue their education here and the option to do a PhD at the University of Antwerp. There are shorter programs as well, for groups of professionals that want to learn in a more fast-paced environment about a topic in which AMS has renowned expertise, like fashion management, for example.” 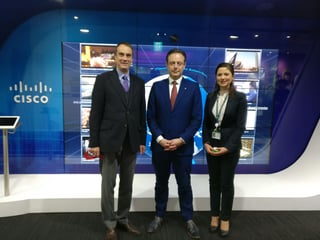 Before the financial crisis, it was mainly European companies going to China, but since then, China has also been coming over this way. “I think Belgium certainly has a role to play”, Dora Munteanu says. According to her, Kris Peeter’s presence at the Belt and Road Forum, organized by President Xi, is a very positive thing. “That’s good for the industry. You shouldn’t just leave it to government: big and medium-sized companies have their own role to play. The summit is at a high diplomatic level, but we can translate it into business. You have to create momentum to start a dialogue.

Whilst AMS is determined to differentiate its Asian contacts (they recently opened an alumni chapter in Indonesia), China continues to play a big role. “We patiently built up a confidential relationship and that is something we’ll keep working on. But I do think we’re part of China’s guanxi”, Matthysens says. “You have to be patient to build that up, as it can take years. You have to be respectful, avoid making any cultural faux-pas and show you are looking for a win-win situation. AMS has the requisite skills and mindset to build that up.”

To maintain that relationship and to introduce European companies in China, AMS is organizing the One Belt One Road Dialogues in October. Curious about what ‘guanxi’ means and want to see how the dialogues will affect Europe and China’s futures? Read it here!

Antwerp Management School recently welcomed some 250 full-time master students from all over the world. During the Onboarding Days, one of the things they were introduced to is Design Thinking. This concept offers a process-based and efficient way of dealing with complexity and finding ...

The City of Antwerp sets a good example in terms of strategic flexibility. An example that Prof. Hans Mulder likes to mention with pleasure. At the City of Antwerp, he experienced that change is only truly possible if the entire organization is involved in it: employees as well as ...