How do you get the most out of mentorship? 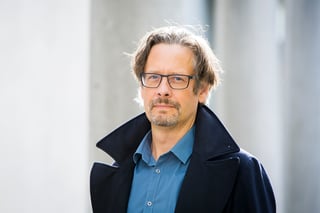 Mentoring is underestimated. And, according to several studies, that is an understatement. Mentoring has a demonstrable impact on your career, and possibly even beyond that. But how well is it utilized? And how is it different to coaching?

Employees who have a mentor build up their career more quickly, both vertically as well as horizontally. Not only are they challenged, they are also protected, they get visibility, and they always have someone to call on. On a psychosocial level, these employees tend to feel better; they are more self-sufficient and are psychologically stronger. This is something that Koen Marichal has noticed. In 2011, he collaborated on a study with the former VMA, ‘Young Makers – Wise Mentors’. Young managers were brought together with top managers like Karel Vinck, Tony Mary, Wouter Torfs and Frank Van Massenhove.

"If a young person can talk to a Karel Vinck or a Wouter Torfs, a whole new world opens up. That change of environment is important.”

Marichal highlights various studies that prove that mentoring has positive effects on employees’ careers and their psychosocial well-being. Moreover, it is an important power source for informal leadership. According to Marichal, it fits in perfectly with new ideas on leadership. He links characteristics of mentorship to several leadership styles, like servant leadership, in which a mentor serves for personal growth.

“Other features, like encouraging self-sufficiency and participatory decision making, are typical for empowering leadership”, Marichal adds. “Transformational leadership also focuses on a development-minded mindset and intrinsic motivation. Organizations who choose that kind of leadership don’t formally implement it, because every leader is expected to be a kind of mentor.”

Marichal describes a mentor as “an experienced expert who takes a young person under their wing for a long period of time. That younger person, the mentee, has to be able to look up to the mentor, who he or she can depend on at important moments for advice and support, and to gain experience.”

"The key thing is that the mentor has successful experience in their field and wants to pass that on.”

The role of the coach differs from this: “A coach does not need that specific experience, and the relationship between a coach and their coachee is not about one looking up to the other. Whereas a mentor has specific experience in his or her field and wants to pass that on, coaching is more of a transactional relationship. A coach is paid and there are agreements, objectives and short-term expectations. Coaching often takes place mid-career to refuel or when your career gets stuck.”

Research shows that a mentor needs characteristics like benevolence, a positive and development-minded mindset and a sincere interest in other people. “That is why mentors cannot get completely absorbed in their position. Mentoring cannot be paternalistic or patronizing, as this will repel upcoming talent. Mentees have their own personality, which is why it’s important that it clicks.”

When mentoring has negative consequences

“The biggest lesson from the research is the importance of the quality of the relationship”, Marichal points out. “That is why HR can’t just appoint anybody to be a mentor. It is important to take account of chemistry and freedom of choice. That way, unsuitable matches can be quickly handled without causing too much trouble. If you organize it formally, there is always the risk that you engender too may expectations. Both parties will then continue to try to meet those expectations, even if they feel it isn’t working. Formal programs can end up dragging on without any added value, or even with negative consequences.”

"It is important to take account of chemistry and freedom of choice. That way, unsuitable matches can be quickly handled without causing too much trouble."

Marichal’s research shows that there has to be enough tension between the environments of each party. “The mentee gets access to a part of the mentor’s living and working environment that would otherwise be hard to access or inaccessible. A direct manager cannot be a mentor. If a young person can talk to a Karel Vink or a Wouter Torfs, then a whole new world opens up. That difference in environment is important. However, there also needs to be common ground so the gap can be bridged. That is about recognizing oneself in the other person. Leadership works the same way. We feel good when we’re with someone who is like us, whilst the differences enable us to grow.”

Every mentoring style has different goals and consequences

Three mentoring styles came up, each with its own impact:

“Both Coaches and Advisors take a rather formal approach to mentorship and this has an impact on the quality of the relationship. Ultimately, mentors who are Coaches or Travel Guides get more from the mentoring experience. They question their own view on leadership more easily, even if that’s not their main goal”, Marichal comments. He also warns: “If you view mentoring as coaching, you turn them into coaches and the more natural, wider notion of a mentor disappears. Then it gets more formal. That is a choice.”

Instead of taking it on formally and treating it like a project, Marichal is more of a supporter of creating a context using influential mechanisms. Examples of this include introducing an idea and encouraging it, inspiring through stories or inspiration sessions, facilitating or supporting when there are questions. “It needs to be set in a learning culture where it’s normal to set aside time to get advice and ask for help. Mentoring is just one of a number of power sources in an organization. However, expectations should not be set too high, even though long-term vision and clarity are needed. Don’t make it too complex. Mentors can for example be there to give career counseling over the long-term on a personal and confidential basis. It might be expected from senior executives as a form of citizenship. Coaches can be called on in specific situations, at specific times and for specific target groups.”

“It needs to be set in a learning culture where it’s normal to set aside time to get advice and ask for help."

“It can help to create a pool and to set the right tone about what is essential in a mentoring relationship. Be clear about the strategic goal too”, Marichal advises. “In multinationals, mentoring can be an ideal way to familiarize someone with the complexity of an organization. Using external mentors can be a way for smaller or local organizations to broaden their horizons. Offering mentoring could be a form of CSR. Organizations can also use a mixed internal and external pool to realize their vision as a member of an ecosystem.”

Different for men and women?

Marichal points out some striking differences between men and women: “Research shows that women are less likely than men to look for mentors informally. Possibly because of the limited pool of suitable candidates. It is important to recognize yourself in someone. Women will more readily call on formal programs, but they are less effective. So that leaves you with a complex problem. Before you know it, you will make the problem of career discrimination worse by trying to solve it: because formal mentoring does not have as much of an effect, male dominance persists.”

"Research shows that women are less likely than men to look for mentors informally. Possibly because of the limited pool of suitable candidates. It is important to recognize yourself in someone."

Does HR take up a mentoring role?

Marichal ends by holding up a mirror to HR: “HR often wants others to make things happen, while they could just as easily serve as the role model themselves. To what extent do HR directors for example take up a mentoring role themselves? This is important, because HR directors who are a mentor themselves and who strategically decide to implement a program, due to their experience, avoid the nonsense of formalizing.”

Which leadership styles are most effective?
Read this!

Making a distinction between an Executive PhD and a “traditional” PhD is tricky. In both cases, students go through the process of acquiring sound research skills, they undertake rigorous research, and at the end of the process they will make a unique contribution to knowledge. In the ...

Leadership is vital to the development of any business and therefore also crucial for a successful digital transformation. Digital transformation is on the agenda of most organizations, public or private, big or small. In our increasingly digitized economy, company leaders have no choice ...