Leadership with a small ‘l’ 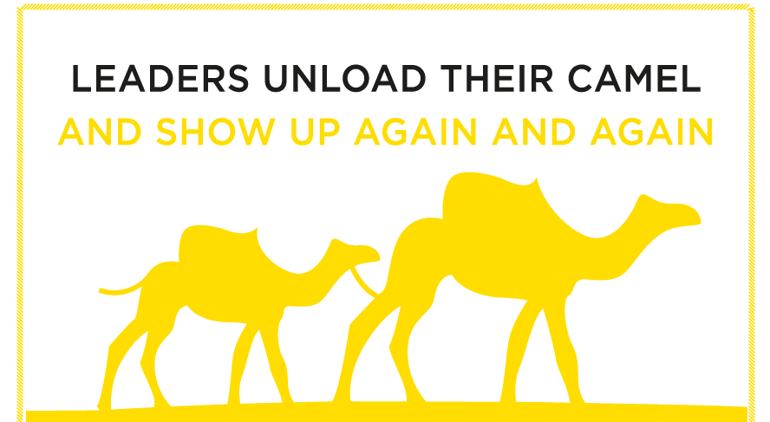 A few weeks ago, Doctors for Doctors organized an evening devoted to the film Burning Out by the Belgian Jérôme Le Maire. The award-winning documentary shows the lives and the silent suffering of surgeons, anesthetists, nurses and other personnel in the operating theatres of Paris’s Saint-Louis hospital. Their work schedules are so tightly and rigidly organized that job satisfaction vanishes completely.

At one point, the healthcare manager calls everyone to a meeting after one of a series of emotional outbursts. The manager plays with her smartphone and barely looks at the burned-out, silent professionals. The silence is oppressive. You can sense them thinking ‘What’s the point?’. Toward the end of the crisis meeting, the manager announces that an audit will be conducted to prove that the hospital does listen to the complaints after all.

"Patients too, seem to have become a sidelined in a crumbling system."

At the end of the film, the organizer asked whether any of this was relevant to Belgian hospitals. A resounding “Yes” came from the auditorium. Leadership, or rather the lack of it, was also discussed. The next day’s morning news led with the subject of animal mistreatment in the Izegem slaughterhouse. This too, is the result of economic pressure. I was reminded of the patients hastily wheeled in and out of operating rooms. They too, seem to have become a sidelined in a crumbling system.

The role of leadership

No wonder, then, that there is such demand for leadership. Leadership has the greatest potential to transmit human warmth and values throughout groups and organizations. Meanwhile, the call for leadership in these sort of organizations is rueful. As critical scholars Alvesson, Sveningsson and Larsson conclude: leadership is mostly rhetoric. Their view is that more and more managers are urged to act heroically, while their reality is one of increasing impotence. Here, leadership becomes a contrived and cynical fantasy. (Sveningsson & Larsson, 2006).

"Faith in their own agency has been restored."

Well then, what should it be? At the end of “Burning Out” the head nurse proposes that a suggestion box be implemented. Her thinking seems to be that if the solution doesn’t come from the top, then perhaps staff could improve the situation themselves. Her colleagues’ reaction is largely cynical. The film ends with the emptying of the suggestion box. Unexpectedly, a great number of suggestions has been submitted. The cynicism diminishes. Faith in their own agency has been restored.

Even under the most trying circumstances, we can still choose to do the right thing, that which is good and just and humane. This film shows for example an anesthetist attending to a patient in a highly technological and tense environment; she makes contact, soothes him and kindly strokes his hair. She shows compassion. Research shows that compassion is essential for the health of an organization, and that includes financial health (Worline & Dutton, 2017). In their book ‘Awakening Compassion at Work”, they map out dozens of years’ worth of research into numerous aspects of compassion.

"Compassion is more than an emotion. It demands attention, meaning, emotion and action."

Compassion is more than an emotion. It demands attention, meaning, emotion and action. Like the example of the anesthetist: she sees suffering, interprets it, empathizes and acts on it. Worline & Dutton make the case that organizations that allow and encourage compassion work better when it comes to cooperation, innovation, service quality, talent, involvement and adaptability.

None of this is really surprising. In fact, it’s disquieting that we apparently need hard science to prove that which we intuitively already know. Nobody could argue that an anesthetist didn’t do the right thing by comforting a patient. Still, the self-evidential is cracking under increasing pressure. Even normal, everyday human behaviors are being cut away in a complex and rigid system of consultants, certification systems, emotionally and physically detached directors, regulating governments and economic pressure.

"We need to work toward a leadership with a small ‘l’: the capacity of individuals to remain present and available for themselves and those around them."

Talking up the need for more value-driven or authentic leadership isn’t enough to actually make it happen. We need to work toward a leadership with a small ‘l’: the capacity of individuals to remain present and available for themselves and those around them. This is exactly the topic of insight 11 in “The Leaders Clothes”:  Leaders unload their camel. And show up again and again.

Want to know more about self-leadership, leadership in healthcare institutions or about 'The Leaders Clothes'?

Start to Lead: learning to trust your own leadership

Wannes Dierckx is a project manager at the software company JD-Consult. JD Consult is a relatively young company that has grown rapidly in a short period of time. Wannes had quite some know-how and got promoted to a leadership role. Being an expert and being a leader, however, requires a ...

END_OF_DOCUMENT_TOKEN_TO_BE_REPLACED

The valuable lesson Corona taught me about entrepreneurship

January 6th, the start of the second semester for the AMS full-time master’s students. A semester with a lot of highlights to look forward to, especially for us, students in the Master in Innovation and Entrepreneurship (probably one of the coolest programs at AMS… but that’s another ...