“Governments are lacking knowledge about their most important resources” 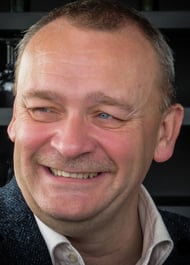 When Eddy Van der Stock was a student in our Master in Public Management two years ago, he noticed that the average participant had rather limited digital knowledge. “Many government organizations experience digitizing as something technical that doesn’t concern them. Naturally, there are digital profiles at direction level, but, in my opinion, far too little.” That’s why programs on IT policy for Government Organizations are no a luxury.

Van der Stock himself doesn’t lack digital expertise. For 9 years, he has been the chairman of V-ICT-OR (Vlaamse ICT Organisatie: Flemish IT Organization): “This initiative started from a work group in the Flemish Association for Cities and Municipalities. The goal was to do something for local governments around information and technology issues.” The nonprofit association was professionalized in 2006 which meant that the supply could be expanded. “The more we talk about digitizing, the higher the importance of information as a resource for governments.”

“The more we talk about digitizing, the higher the importance of information as a resource for governments.”

Municipalities are all in the same boat. “I never understood why our 308 municipalities all want to reinvent the wheel. They think they are special, so they are prepared to carry the costs of their digitizing projects individually. A big chunk of the functioning of local boards, however, is not unique. Whether you live in Ostend or Hasselt, citizens expect the same services.” Nevertheless, the recent crisis has caused a turnaround. “Awareness is growing in the municipalities and that’s how the idea for a virtual municipality emerged.”

Van der Stock developed this idea in his master’s thesis for the MPM under the title: ‘Building boxes for smart municipalities’. “To get to the building blocks of this building box, Van der Stock went to Scotland, Estonia, and the Netherlands to study good examples. “We sorted the needs that reoccurred within various municipalities in three categories: strategic company principles, information and technological principles, and supporting principles.”

"Whether you live in Ostend or Hasselt,
citizens expect the same services.”

Lots of municipalities are struggling to make the translation from strategy to technology and need a framework. “Municipalities shouldn’t be concerned with the technical aspect and just be able to focus on digital services. It’s no secret that citizens now require a different service compared to ten years ago. When someone can apply for a loan with the bank at 11 PM via an app, why can’t he apply for a passport?”

"In Belgium, they are scared to push through and that slows down
the innovation of digital services.”

The development of digital services is however not something that can be realized purely on local level, but the federal government let them down. “In the Netherlands, the government is in control in terms of standardization. Also, Europe is making more and more demands. In Belgium, they are scared to push through and that slows down the innovation of digital services.”

Another aspect is the citizens’ demand. “We are still in the paradigm in which the government forces things on the citizen. This causes irritation. I think that a role change of the local government can be a solution. Digitizing can help them to address specific needs. We should get rid of the strict administrative, Napoleonic government and move to a proactive investment in the clients’ demands.”

“We are still in the paradigm in which the government forces things on the citizen.
This causes irritation."

More standardization is therefore a necessary evil which will create more time and resources. “By profiling smartly and correctly, all schemes for which citizens are eligible can automatically apply to the specific profiles. Today, they still rely on the citizen to actively claim their rights. Governments should be more proactive in linking the existing concessions with the needs of society.”

By standardizing the general services, there’s more room for special services, which are also needed, according to Van der Stock. “I think civil servants should evolve to more social workers. The job focus for a lot of civil servants will shift ‘from the desk to the field’. Civil servants who are jobless because of the digitization can be deployed for citizens with special requests for help.”

"The job focus for a lot of civil servants will shift
‘from the desk to the field’."

We need have no illusions about the civil servant’s role in a digitizing society. “Many services that are currently filled in by civil servants will eventually be digitized. For example, with chatbots. In the field of social security, we will see chatbots in the future. The citizen asks for services and will be able to get to them immediately.

"I believe less in differentiation, which makes it unnecessarily complicated.
The European guidelines ask for more centralization
and security of the information that’s in our hands.”

That’s it for the future. At this moment, according to Van der Stock, civil servants should focus on dealing with personal data as stated by the GDPR law. “In the first place, there should be more standardization. I believe less in differentiation, which makes it unnecessarily complicated. The European guidelines ask for more centralization and security of the information that’s in our hands.”

Of course, organizations should have the right expertise at their disposal. “The biggest retrieval can be found in good training taught at an understandable level. Higher digital profiles mostly don’t succeed in communicating about it clearly.”

“Information and technology are both, rational as well as supportive, important resources of the governments. The biggest retrieval can be found in good training taught at an understandable level.”

END_OF_DOCUMENT_TOKEN_TO_BE_REPLACED

This is not just another hype. Innovative Labor Organization is here to stay.

Liesbet Becu is an interim manager and totally into making large organizations more agile. Opening people's eyes, questioning old certainties, getting organizations on the move. That is what motivates her. The Master Class Innovative Labor Organization gave her a strong basis: "I get a ...