From inspector to confidant: the independent role of the internal auditor is more important than ever 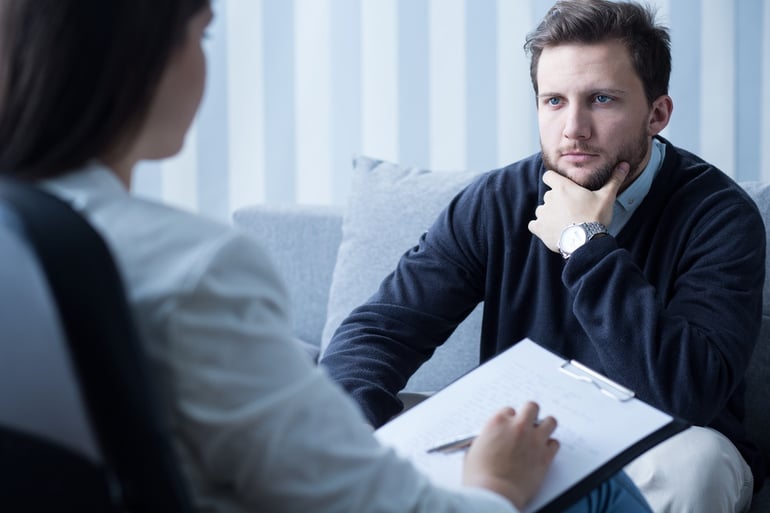 Internal audit aims to provide as much reassurance as possible about the internal operations of an organization. Internal audit as an activity has existed for a long time but it has gone through a number of evolutions. What does it mean to work in this area today? Ben Broeckx, Academic Director of our Internal Audit Masterclass, argues that the importance of internal audits is only increasing.

Traditionally, auditing was strictly the job of controllers and inspectors. Says Ben Broeckx: “In certain companies, the focus is still mainly on inspection: verifying whether employees adhere to internal guidelines. The auditor, then, acts foremost as a policing agent. In the mid-1990s, the role started to change: The auditor became more and more of an internal adviser for the organization. After all, the added value of the internal audit function was increasingly scrutinized: How does the team tangibly contribute to the results?”

”In the mid-1990s, the role started to change: the auditor became more and more of an internal adviser for the organization."

This is an important question for the international institute for auditors (The Institute of Internal Auditors). The higher management level in companies in particular has started to appreciate the benefit of such an independent function “as an assurance activity,” explains Ben. “As a result, more and more assurance-related jobs emerged in which the auditor was (indirectly) reporting to the board of directors or an equivalent. This way, the board was better equipped to assess possible problems, as well as where the real opportunities were. The overlap between internal audit on the one hand and the relatively newer function of risk management on the other, then, shouldn’t be a surprise.”

Role in the organization

The audit role that emerges from that overlap is actually a combination of both the control and assurance functions. “Risk management is also a factor in this. An internal auditor, after all, knows very well which risks the organization is exposed to and where tangible problems can emerge.” To manage those problems, a third party is often enlisted. “Personally, I find that an auditor shouldn’t try to take his role too broadly. In some cases, it seems to become a combined function, because the auditor offers all kinds of extra services as a means of self-preservation. Because of this, he or she is at risk of neglecting his or her primary responsibility: ensuring the peace of mind of the members of the executive board.

"Some auditors are at risk of neglecting their primary responsibility: ensuring the peace of mind of the members of the executive board.”

In essence, the function of an auditor remains the same, regardless of the type of organization he or she works for. “The auditor is supposedly employed by the ultimate shareholder. Shareholders include everyone who comes into contact with the company (local residents, employees …) You have to be able to offer those shareholders reasonable assurance that the biggest problems are under control.”

Needs of the public sector

For the public sector, the citizen body at large is the shareholder to whom governments are responsible. “As a civilian, you have every interest in a government with an adequate surveillance system in its administration and to be confident that it is led in an efficient and purposeful way.” For the taxpaying citizen, the internal operations of government organizations are more important than ever before. “Citizens expect governments to offer quality, both in the activities they provide and in the way they execute them. This is especially true in the digital age, in which we hold companies accountable for the speed and security of their services.”

“Citizens expect governments to offer quality, both in the activities they provide and in the way they execute them.”

Political developments in the center and south of Belgium have given rise to the (accelerated) establishment of various internal auditing departments, because it is understood that there has to be a minimum level of supervision and control. “When managers on the (political) executive level award themselves considerable sums without the organization reacting to it or being able to react at all, the overall credibility of the organization is called into question,” says Ben.

Finger on the pulse

It is precisely because of this need that internal auditors have an important role to play. They can be transparent and effective. “At the moment, the public sector already includes a large number of monitoring functions. The Court of Audit and the financial inspectors (at the federal level), for instance, are important supervisory bodies. What is missing on various political levels, however, is the internal auditor who is part of the everyday organization. That level of supervision is still insufficiently accounted for.”

"What is missing on various political levels, however, is the internal auditor who is part of the everyday organization. That level of supervision is still insufficiently accounted for.”

It is good to have people who are not excluded from the organization and who can, as a result, really keep their finger on its pulse. After all, you need to build mutual trust with someone before you can discuss how an organization’s operations can be improved, otherwise problems will surface too late. “This problem is now receiving more attention. Continuing education is more relevant than ever, precisely because of this.”

Needs of the modern organization

Does the role of the auditor then not change as organizations change? “On the one hand, organizations need to be transparent and have sufficient supervisory bodies. On the other, there’s something called the ‘freed organization,’ in which freedom and individual responsibility are key.” So how do you deal with possible risks? Organizations can communicate their trust but they shouldn’t naively assume that everything is running smoothly. “Verification of organizational operations can also take place on a foundation of trust. This is an application of the ‘trust, but verify’ principle.”

“Verification of the organizational operations can also take place on a foundation of trust. This is an application of the ‘trust, but verify’ principle.”

The internal auditor can become the central figure in the collective modeling of the most efficient way to handle an organization’s activities. “The traditional compliance function is more important than ever in these organizations, but it involves being a confidant more and being a cop less. That said, this is the moment for the internal auditor. People should get adequate training now. Our course is an important step in this process.”

“The traditional compliance function is more important than ever in these organizations. (…) This is the moment for the internal auditor.”

Our master class is general training that doesn’t revolve around sector-specific regulations but provides solid, basic knowledge for the development of its participants. It is the only master class offered in Dutch and French that is mentored by experts who are active in large organizations and official audit institutions.

On the road again: why our Dean values international partnerships

Behind every management school stands a motivated dean. Paul Mathyssens, Dean of Antwerp Management School since 2013, gives us a unique insight into an important aspect of his job. He explains why he spends much time abroad and therefore invests in inward and outward ...

END_OF_DOCUMENT_TOKEN_TO_BE_REPLACED

The valuable lesson Corona taught me about entrepreneurship

January 6th, the start of the second semester for the AMS full-time master’s students. A semester with a lot of highlights to look forward to, especially for us, students in the Master in Innovation and Entrepreneurship (probably one of the coolest programs at AMS… but that’s another ...

The future of business schools: Existential innovation or obsolescence?

The Principles of Responsible Management Education (PRME) are inspired by internationally accepted values such as the principles of the United Nations Global Compact. It is the ambition of Antwerp Management School (AMS) to integrate responsible management education into its research and ...