The future of work: the impact of digitization and automation

The World Economic Forum predicts that 85 million jobs will disappear worldwide by 2025 because of automation. On the other hand, 97 million new jobs will be created, often requiring different skills. Belgium and Luxembourg are even in the world’s Top 10 automated countries. As an organization, how can you prepare for this shift? And how can you find out what impact digitization and automation will have on your employees?

International research by the OECD from 2018 found that 14% of jobs are at high risk of being automated. 32% of jobs are likely to change significantly in the way they are carried out. Research by ING from 2015 expects that 49% of jobs in Belgium are susceptible to automation. Both studies predate the COVID-19 pandemic. McKinsey argues that recessions lead to higher job automation. The July 2020 survey shows that 68% of the 800 employers surveyed are planning to invest (further) in automation and artificial intelligence. 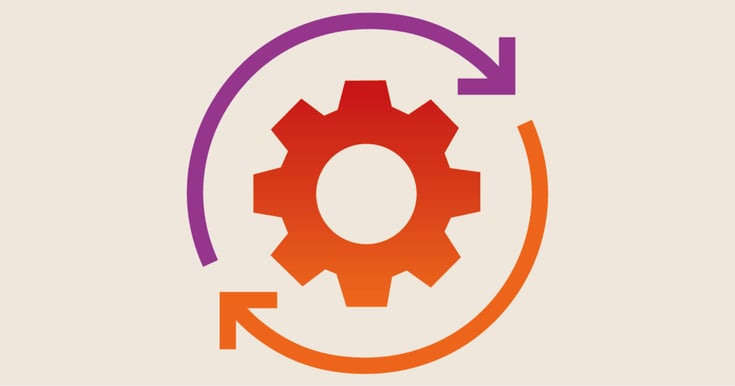 Together with SD Worx, De Tijd / L'Echo and BPact / Indiville, Next Generation Work surveyed employees in February 2020 about the (expected) impact of technological changes. We reached 2,265 Belgian employees and 1,504 managers. In terms of the number of jobs, one in three employees say that technology has led to more jobs in the past three years. One third say there has been no impact, and another third report a decrease of jobs. 48% of executives do not expect a change in the number of jobs in the short term, while 20% anticipate a decrease. For many organizations, however, it will mean a shift, requiring different skills to continue to carry out those (new) jobs.

Our survey shows, among other things, that for three out of four employees technology in recent years has led to changes in the way they work. For one in four, the range of tasks has also changed significantly. 97% expect further changes in the way they work over the next five years. 42% even expect a large-scale to a whole-scale change. Other skills will be required: less physical and manual skills and more social, emotional, and technological skills. This means that employees will have to continuously upgrade their skills to remain employable. An important dimension of sustainable career policy will therefore be striking the right balance between focusing on skills for short-term and long-term employability.

It is remarkable that both employees and managers agree on the five key competencies to future-proof careers. Dealing with change is paramount: 51% of employees and 57% of executives put this in their top 5. The other highest scoring skills are a flexible mindset, the ability to solve complex problems, digital skills, and customer-centricity. Oddly enough, the competencies that appear least in the top 5 are job-specific and social skills (negotiating, emotional intelligence, and people management).

According to other studies, however, social and emotional skills are perceived as very important: the World Economic Forum, for example, ranks leadership sixth in the top 10 skills for 2025. Compared to the 2016 Future of Jobs Report, critical thinking and problem-solving skills remain at the top of the agenda in 2020. Skills that are rising in prominence are skills in self-management such as active learning, resilience, and stress tolerance.

In our first employer survey in 2012, increasing employability was already identified as the most important goal of career policy. 75% of employers then stated that less than half of their employees were employable outside their current job. By our 2018 survey, this percentage had dropped to 57%. In 2020, just over a third of executives say that many or almost all employees could find another job within the organization. Two-thirds find that percentage to be medium to small. In light of the skill shift, these numbers remain alarmingly high.

2011 statistics showed, among other things, that 42% of employees say they can also follow training in the workplace that is not related to their current job. As many as 68% think this is important. Our 2020 survey showed that one in eight employees say their current skills are no longer valued. One in ten employees thinks that technological advances will make many of their skills obsolete.

So it is important to understand the skills employees will need to be able to continue their jobs, or to prepare themselves for a different set of tasks or even a new job. 27% of employees are pessimistic about the chances of finding other work within their organization. This shows that there is still room for improvement, for example, in terms of transitions within the own organization.

How to address this as an organization?

Argenta focuses on a sustainable career policy by means of the Argenta Passport, among other things. This tactical development tool aims to give employees (and managers) an overview on the key knowledge and skills needed to continue working at Argenta. The Passport provides individual employees with a common language to discuss the current and desired level of these skills.

To fill out the Passport, managers and experts across departments were surveyed about the future of jobs at Argenta: What is changing? And what impact will these changes have on jobs within the organization? From there, they looked at the specific skills needed to build a sustainable career at Argenta. Learning resources such as training courses, learning paths, online training and coaching were linked to this. The result is a tailor-made Argenta Passport offering employees the tools they need to prepare themselves for the future.

10 blog posts for 10 years of Next Generation Work

This blog post is the second in a series of 10. In each blog post we will offer solutions from different perspectives, as a count down to November 2021, the moment when we bring everything together in the celebration of 10 years of Next Generation Work. We already look forward to welcoming you there. More information will follow in the next few months.

From x hours per function point to x function points per hour Automating software production increases productivity. However, progress in this area is only sporadic. Why? What is holding things back? On the other hand, it’s just a matter of time. We’re on the eve of a breakthrough. We are ...

There are 7.8 million researchers(1) in the world, and it is safe to say that they all use survey as a method of data collection at least once in their career. This already amounts to an overwhelming number of surveys, but it carries even far more weight when you think of all the data ...

We want to feel safe in this brave (and scary) new world we’re creating of machines, robots and artificial intelligence. Technological & political trends will definitely influence our profession. This new world will call for new jobs with new skillsets that address the future ...