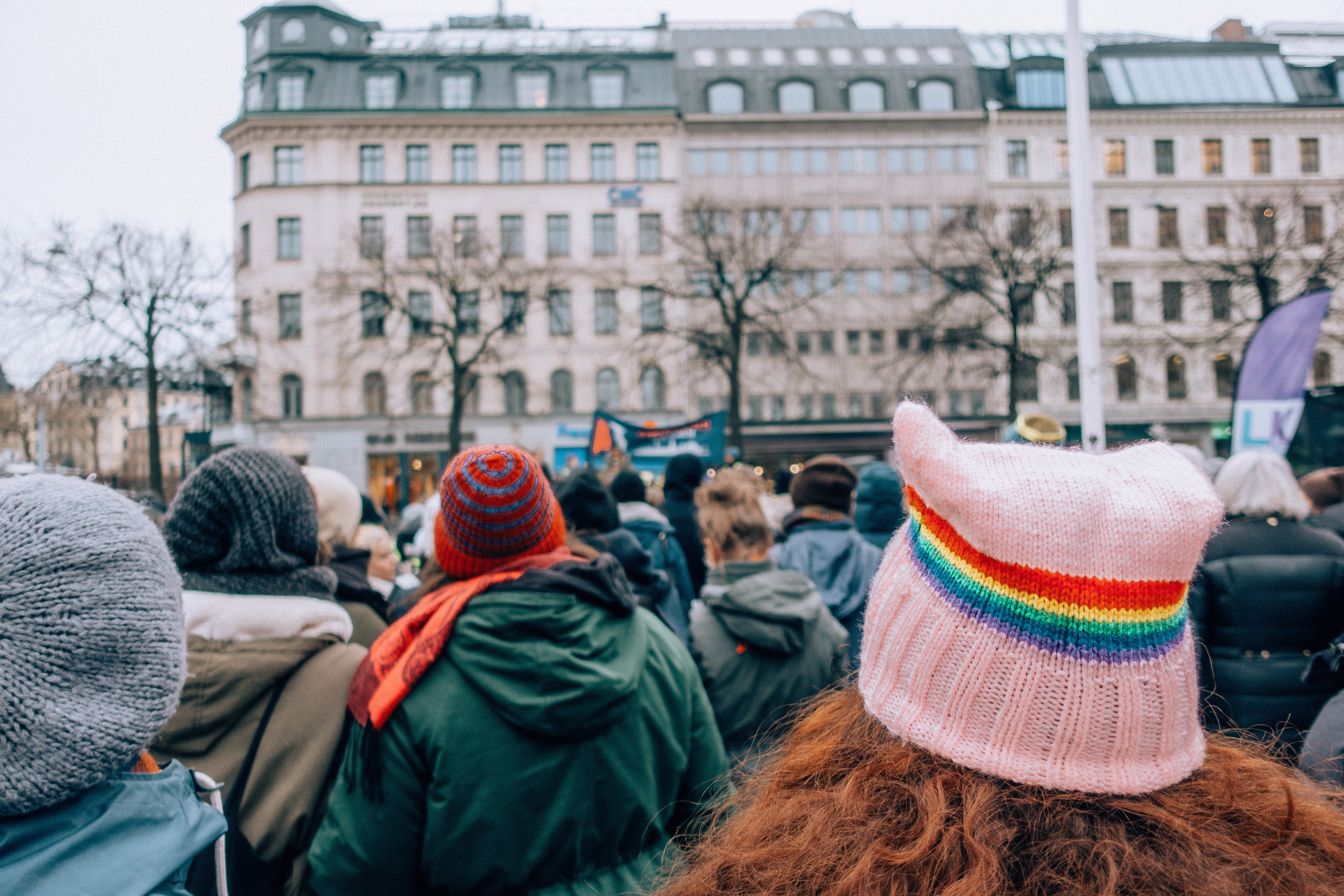 Public protests – like today’s Students for Climate march in Brussels – usually register as nothing more than a blip on the radar of the daily news cycle. Some group is dissatisfied with something. They exercise their democratic right to wave a few placards and chant some clichéd slogans. It’s mildly interesting, possibly even entertaining. We shake or nod our heads. And then it’s over. We go back to our daily lives. And nothing changes.

Or at least nothing usually changes. Unless, by chance, those public protests become a social movement – and the social movement results in institutional reforms. Which is exactly the historic phenomenon that what we are witnessing right now, as wave-upon-wave of climate protests sweep across Europe and the world, gaining momentum with each passing week. Search #RiseForClimate or #ClimateStrike if you’re not convinced.

Of course, these are certainly not the first climate marches (Greenpeace began its climate campaigns in 1988), nor are they the largest climate protests (over 300,000 gathered in New York City for the People’s Climate March on 23 September 2014). So what makes them so significant right now?

There are at least four clues to why I believe the current climate protests may represent a societal tipping point.

Tipping point clue #1: the climate marches began as a story with a human face.

On 20 August, ninth grade Swedish pupil Greta Thunberg skipped school and staged a solo-protest outside the parliament, holding up a sign that read “School Strike for Climate”. As a voice of the youth, she was demanding that her government keep the promises it made when it signed the 2015 Paris Climate Agreement – essentially, that it take the necessary bold steps to keep global warming to less than 1.5 degrees Celsius by 2050.

Climate strikes followed in the Netherlands in September and Australia in November; then in Canada, the UK, Germany and Switzerland in December, with Switzerland and Belgium joining in January 2019. In each case, the first protests were small, but numbers swelled with each subsequent gathering.

Tipping point clue #3: the climate marches – or strikes – are repeated.

Thunberg continued her strike every day for almost three weeks, and then returned one day a week. It is this regularity that allows the protests to develop a contagion effect and ensures that they cannot be ignored. In Germany and Canada, “Fridays for the Future” are the day that tens of thousands of pupils quit school to march – every week. In Belgium, Thursday is strike day.

Thunberg’s daily strikes were from 20 August until 9 September, the day of the Swedish general election. In Belgium, there are general elections on 26 May and Youth for Climate’s strikes will continue until then. Similarly, business people, civil society organizations and educational institutions joined forces to launch Sign for my Future on 5 February, a campaign that will continue until the elections – or until the necessary changes are made. A week after its launch, it has already collected 100,000 signatures.

Antwerp Management School (AMS) is one of the institutional signatories of Sign for my Future and I am proud to serve as an Ambassador for the campaign. When our Dean, Steven De Haes, was asked to sign, it was an easy decision. Sustainable transformation is in our mission, we recognize the severity of the climate crisis and we see how passionately our young students and staff care about finding a solution. And more than this, as a management school, we know that for real change to occur, institutions – like business and government – have to change.

In other words, the climate strikes, marches and protests on their own will not change anything. But they represent a head-of-steam that is building, and which must now power the machinery of politics and commerce to make bold and innovative changes that move us rapidly to a low carbon future. In government, we need our politicians to take the weekly strikes and mass marches as a public mandate to act ambitiously through climate policy and legislation, on behalf of society, the planet and future generations.

In business, we need more companies to engage in transformational, cross-sector collaborations that take bold actions, like we see through the work of our AMS Corporate Leadership Group on the Circular Economy, for example. Through this action-forum, big companies like BASF, Port of Antwerp, Brussels Airport, Aquafin, Indaver and Umicore are saying that they hear the message from our young people – and more importantly, that they are prepared to act boldly, to become part of the solution, rather than remain part of the problem.

I have one final observation about the significance of the climate marches, looking at them through the lens of my own discipline of sustainability. I research and teach sustainable development from a living systems perspective. And when we study complex living systems, like societies or industrial value chains, we see that there are a number of essential ingredients to ensure the health of the system and to prevent it from breaking down. Most notably, it must embrace a holistic perspective, a diversity of actors, cross-boundary collaboration, creative innovation, values for the common good, energetic participants, and a clear purpose.

When we look at this health checklist, we see that the climate marches have inadvertently managed to mix in all the magic ingredients for whole-systems change. But we all know that having the right ingredients is not the same as baking a delicious cake. We now have a window of only 12 years, according to the latest UNEP climate report, to take the necessary actions to stay within the 1.5 degree “safe” limit of global warming.

Recently, the consultancy firm Bain & Company published their report Achieving breakthrough results in sustainability. One mind-boggling fact in the report is that the percentage of successful change projects is put at 2 percent. That’s right, 2 percent. A mere two percent of the ...

Why public-sector professionals shouldn’t be afraid to delve deeper

The public sector is extremely large, employing people in many different functions and organizations. But many of these professionals lack the time to make their work broader and deeper. Often, they realize that they are missing that extra bit of knowledge that would let them take their ...

END_OF_DOCUMENT_TOKEN_TO_BE_REPLACED

“If you want change, you have to work at a bank” The turning point of Adrie Heinsbroeck

Adrie Heinsbroek, Head of Sustainbility at ING Belgium, is convinced that a sustainable economy is going in the right direction and that bankers, businesses and business schools can play a decisive role. “In my position I deal with the question of how we, as a bank, can contribute to ...